Marvel Will Ruin the X-Men Movies

It’s looks pretty damn likely that 20th Century Fox is going to merge with Disney, like two super-massive black holes colliding to create a cooperate monster capable of sucking up all the money in universe. It’s a worrisome sign of media consolidation, and the one positive thing I keep hearing is, “Looks like Marvel is going to get the X-Men back!” Well, that’s not a good thing either, you simple minded peasant. Yeah, the Marvel movies all are great, and yes, the X-Men movies have been pretty hit or miss. But the X-Men movies are better than great movies; they’re comic book movies.

I’m not going to pretend that the MCU hasn’t created something extraordinary. They have. They’ve taken 60 years’ worth of stories and condensed them into a single shared universe for dozens of characters. They’re highly polished, highly formulaic movies that have all been building towards Avengers: Infinity War. But years of planning, organization, and tight knit plots isn’t what comics are about. Comics are messy, sprawling stories that create plot-holes and contradictions. That’s what the X-Men movies are.

I’d call this Phase 1, but that would imply Fox had a plan.

Those first two X-Men movies from the early 2000s were…OK, I guess. They were both pretty fun at the time, but they feel a little dated now. Then the third one was awful, and they followed it up with an origin film for Wolverine that was debatable worse. But like a comic writer with a monthly deadline, they couldn’t just take a break; if they didn’t keep making X-Men, they’d lose the rights to the characters. So they just threw everything out and made X-Men: First Class.

Do you think Emma Frost is chilly?

First Class was a great film, but it was also incredibly confusing if you were trying to follow the franchise. Was this a prequel? If it was, it created a lot of potholes: Why didn’t Professor X ever mention Mystique was his childhood friend? How could Eric and Charles be friends when they met Jean Grey if they became enemies in the 60s? What was with uncanny valley Patrick Stewart from the Wolverine movie?

Hi Charles, are you made of wax?

But if this was a reboot, then what was the deal with the Wolverine cameo? And the Rebecca Romijn cameo? We’re all of the adventures of the Stewart/Jackman era still around, or were they now being replaced? These questions would continue to go unanswered through a pretty decent (though somewhat forgettable) Wolverine movie. Then came Days of Future Past. 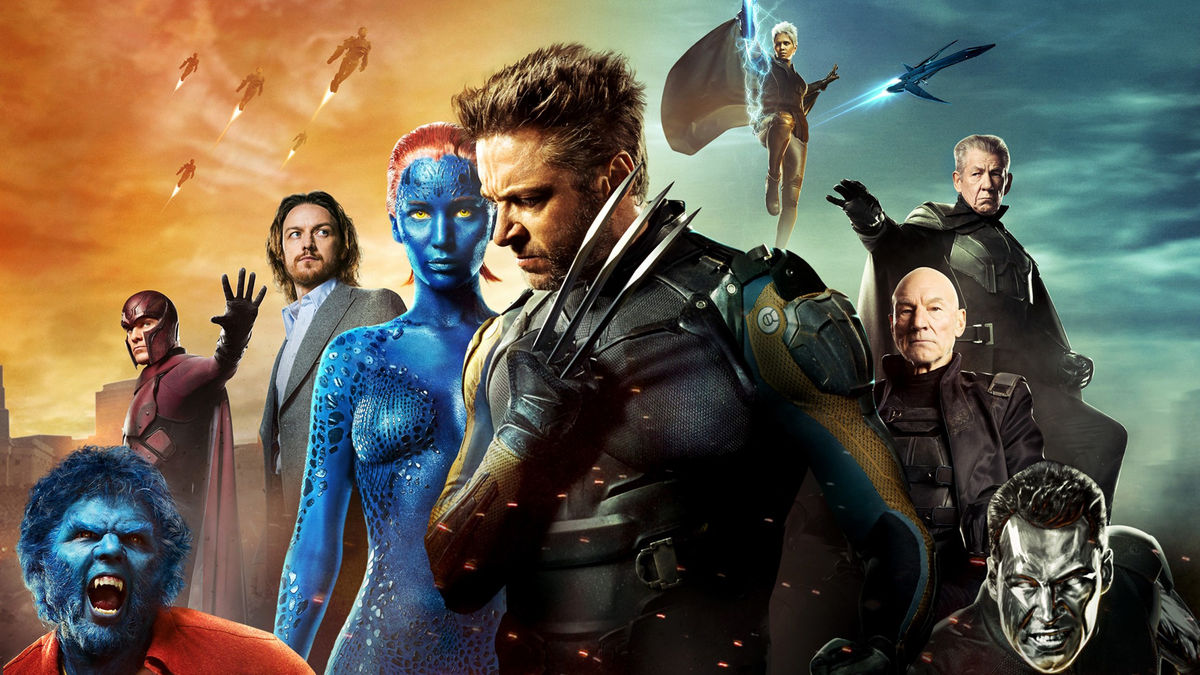 This movie was supposed to fix 14 years of bad decisions, plot holes, and fan boy complaints. How did they do it? Time travel. There is not a single more comic booky solution to fix plot holes than time travel. And they made a pretty damn good movie out of it. Not only that, they managed to squeeze Quicksilver into the movie, a character they were fighting Marvel for the rights to. And their version was so Goddamn awesome, Marvel apparently decided to murder their Quicksilver rather than compete with him.

Who cares? We liked the one with goggles.

But what was next? Fans had no idea, and if I had to guess, I’d say the studio didn’t either, because 2016 pulled them in two different directions. We had X-Men: Apocalypse, a safe, studio approved follow-up to Days of Future Past that was pretty meh. But we also got Deadpool, the weird, R-Rated passion project Ryan Reynolds fought for years to get made. You don’t need me to tell you how great it was, and if you haven’t seen it, why the hell are you reading this article? Point is, it didn’t just change what X-Men could be, it changed what the entire genre could be. 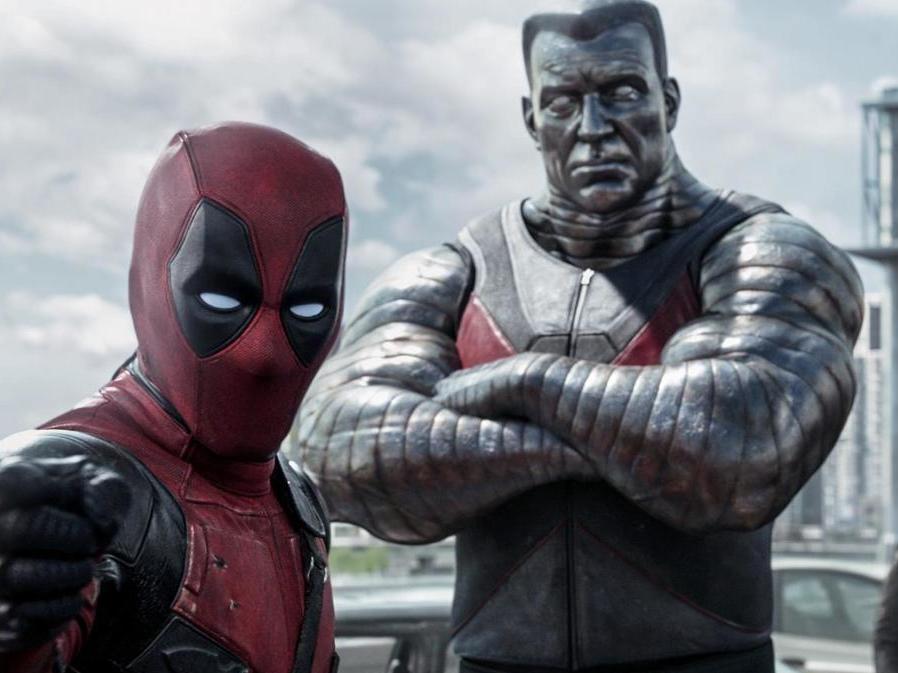 Also, he’s a Deathstroke rip-off. I have a whole other article on that, you should read it when you’re done.

We saw the results in Logan, the gritty, emotional climax to Hugh Jackman’s tenure as Wolverine. It’s the kind of movie a studio like Marvel would never produce. It’s too high risk, too violent, and too tonally incongruent with their other movies. It’s the kind of movie only a desperate studio who doesn’t know why their movies are successful would make, and it’s one of the best in the genre. 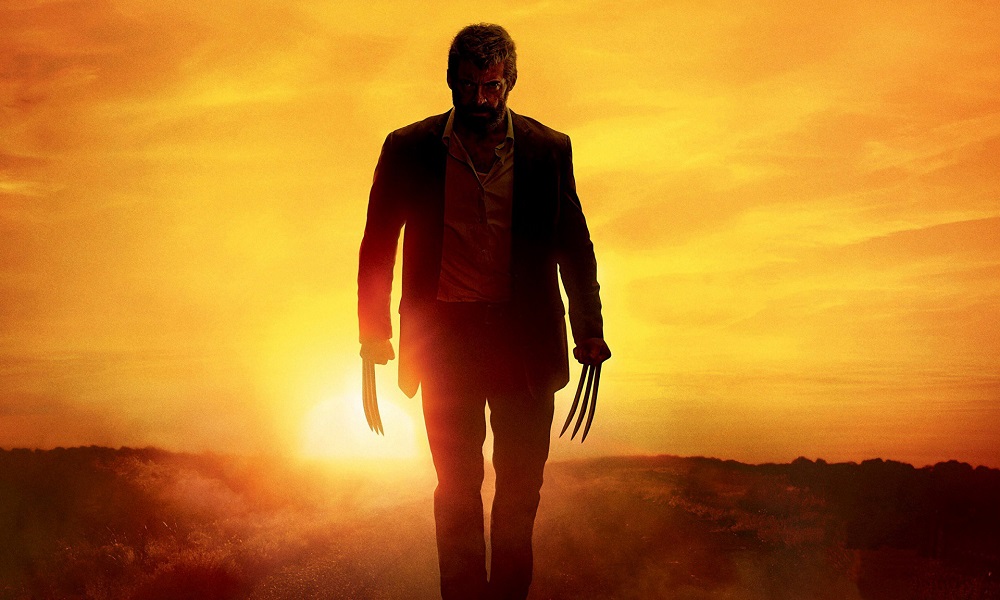 Also, the writers deserve special recognition for not including the phrase, “I’m getting too old for this shit.”

And this is why we need this X-Men universe. We can keep watching Marvel produce excellent movies, but they’ll never push the genre. I mean, can you honestly tell yourself that Disney is going to produce something like Deadpool? But Fox? They’re getting ready to throw some spaghetti at the wall and see what sticks. New Mutants? Apparently that’s going to be a fucking superhero horror movie. Dark Pheonix? They could get real weird with that. Damn, Sansa’s into some freaky shit.

And if none of these things work out, the next Deadpool movie will feature Cable. That’s not only going to introduce one of the greatest superhero bromances of all time, but set up more time travel, in case they need to hit the reset button again.

That’s why the X-Men universe has been so great. Sure, Marvel is clearly the king, and they’ll keep using their near-perfect formula to create very good, very well crafted films in a highly pre-planned universe. But they’re the comic book equivalent of a hard-cover trade edition: well curated and easy to dive into. The X-Men movies are like the monthly issues you pick up at the shop. They’re messy, convoluted, and full of different creative voices pulling the material in different directions. And if we lose them, the world will be poorer for it.

That being said, Fox needs to stop making Fantastic Four films. Immediately. Those movies are shit.

I didn’t really get a chance to talk about the TV, but Legion is hands down the greatest show in the superhero genre. It’s better than Marvel’s Netflix shows, and it makes Agents of Shield look like a tepid pile of vomit.

PJ is the Supreme Overlord of Editing for UnSceneComedy.com